Giant flare from a tiny star

Giant flare from a tiny star 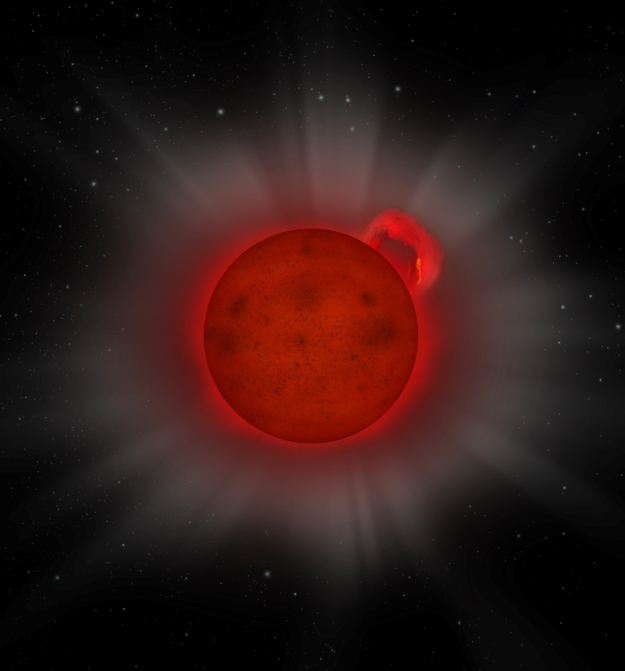 Artist's impression of an L dwarf star, a star with so little mass that it is only just above the boundary of actually being a star, caught in the act of emitting an enormous 'super flare' of X-rays, as detected by ESA's XMM-Newton X-ray space observatory.

Astronomers spotted the enormous X-ray flare in data recorded on 5 July 2008 by the European Photon Imaging Camera (EPIC) onboard XMM-Newton. In a matter of minutes, the tiny star, known by its catalogue number J0331-27, released more than ten times more energy of even the most intense flares suffered by the Sun.

The detection of this dramatic high-energy poses a fundamental problem for astronomers, who did not think it possible on stars that small.