ESA Science & Technology - Lifting the MPO onto the TTA

Lifting the MPO onto the TTA

Lifting the MPO onto the TTA 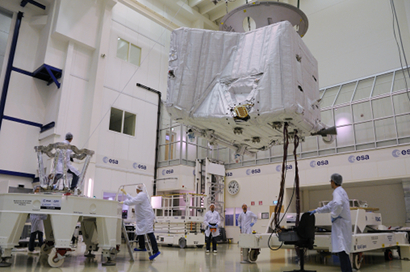 As the spacecraft heats up during thermal-balance testing, it expands. If it were rigidly mounted to the interface in the Large Space Simulator (LSS), this expansion would give rise to large mechanical stresses. The TTA connects the MPO to the LSS interface through four bipods, providing an isostatic mounting for the spacecraft - as it expands, the bipod arms move to relieve the mechanical stresses.