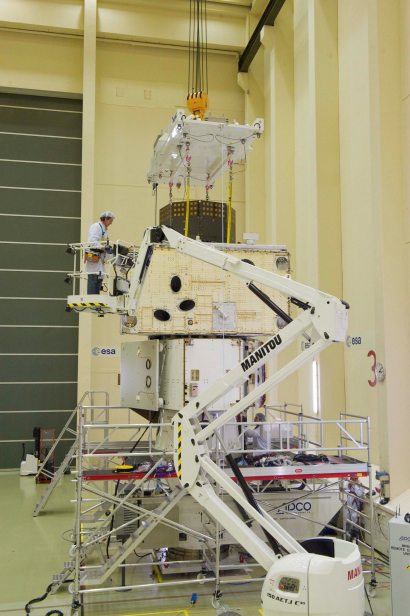 BepiColombo Mercury Composite Spacecraft (MCS) being installed on the M80/MPMA test system, which was used to determine the position of the spacecraft CoG along its longitudinal axis and the Products of Inertia (PoI) about all axes.