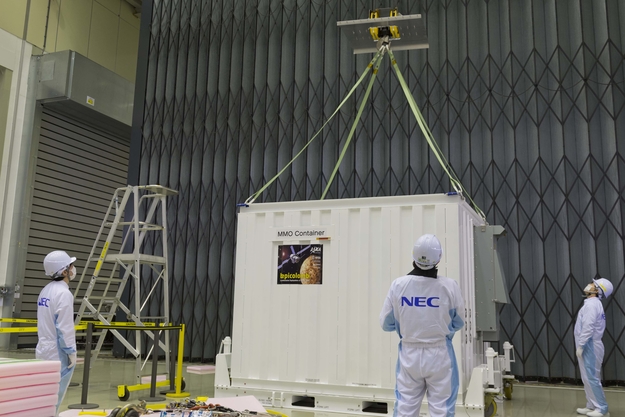 The flight model of the BepiColombo Mercury Magnetospheric Orbiter (MMO) arrived from Japan at ESA's European Space Research and Technology Centre (ESTEC) in the Netherlands in April 2015.

In a cleanroom at the ESTEC test centre, after waiting for the internal and external temperatures to equalise, preparations are under way to remove the body of the MMO transport container from its base to reveal the spacecraft.