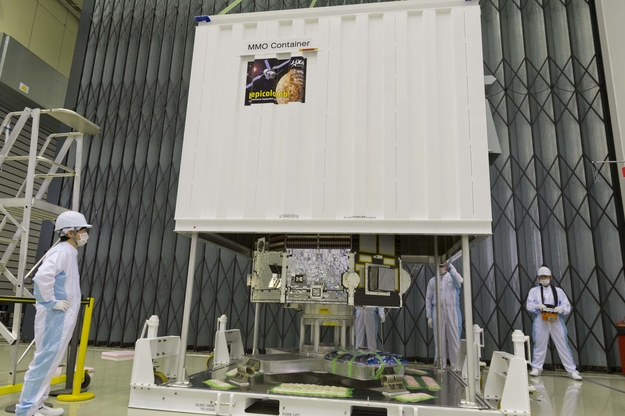 Pictured in a cleanroom at ESA's European Space Research and Technology Centre (ESTEC) in the Netherlands is the BepiColombo Mercury Magnetospheric Orbiter (MMO) which arrived from Japan in April 2015.