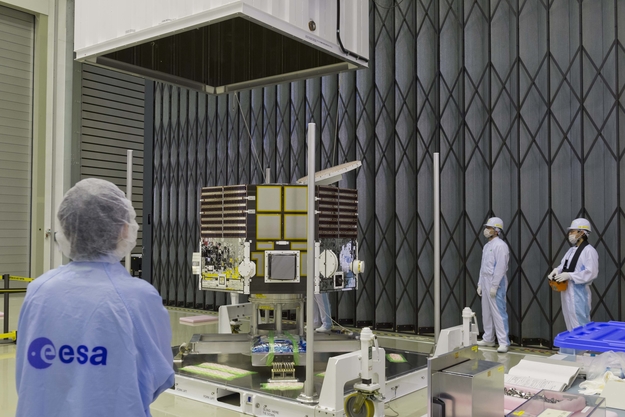 Pictured in a cleanroom at ESA's European Space Research and Technology Centre (ESTEC) in the Netherlands is the BepiColombo Mercury Magnetospheric Orbiter (MMO) which arrived from Japan in April 2015.

The body of the BepiColombo Mercury Magnetospheric Orbiter (MMO) transport container has been lifted from its base to reveal the flight model spacecraft. The MMO is attached to a special transport frame, which is mechanically dynamically de-coupled from the base of the container through damper springs. Packages of desiccant can be seen on the base of the container; these help to control the atmosphere during transport.