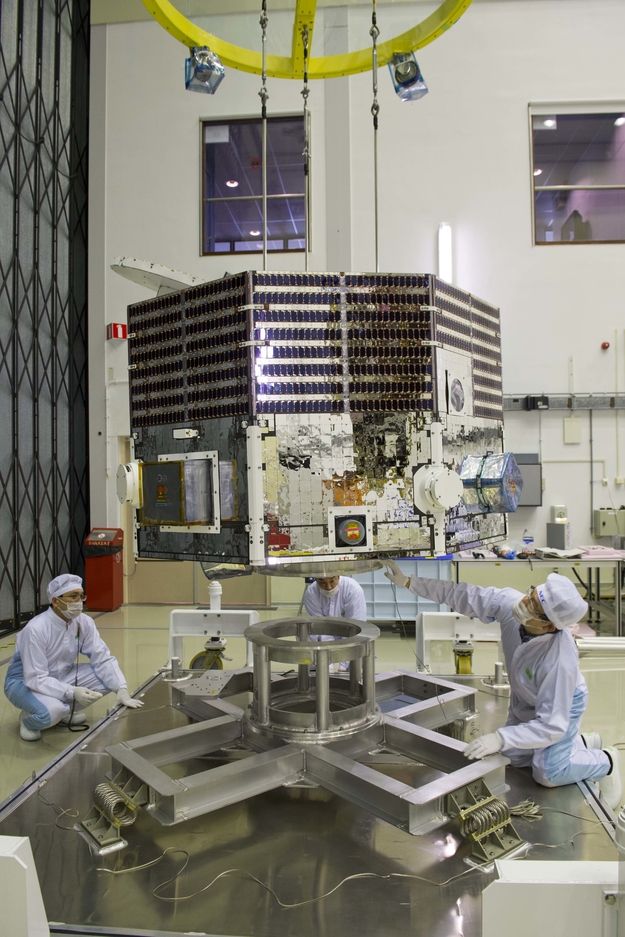 The flight model of the BepiColombo Mercury Magnetospheric Orbiter (MMO) arrived at ESA's European Space Research and Technology Centre (ESTEC) in the Netherlands in April 2015.

Engineers are shown preparing to mount the spacecraft on its integration stand.