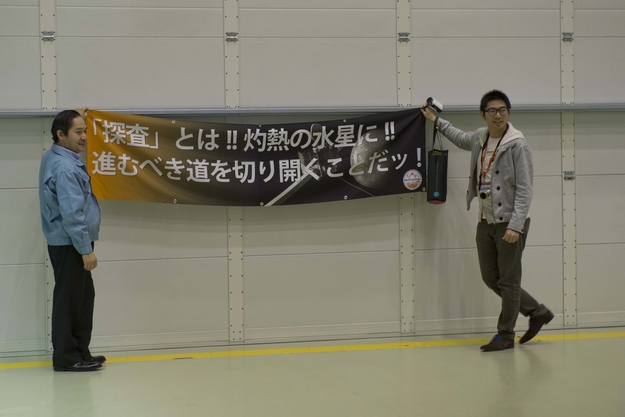 BepiColombo engineers – members of the BepiColombo Mercury Magnetospheric Orbiter (MMO) assembly, integration and test (AIT) and payload teams – who have travelled to ESA's European Space Research and Technology Centre (ESTEC) to support the testing and integration of the MMO, hold up a banner that translates as 'The ultimate exploration is pioneering a new path on the scorching planet, Mercury!' The quote is derived from a popular comic series in Japan.