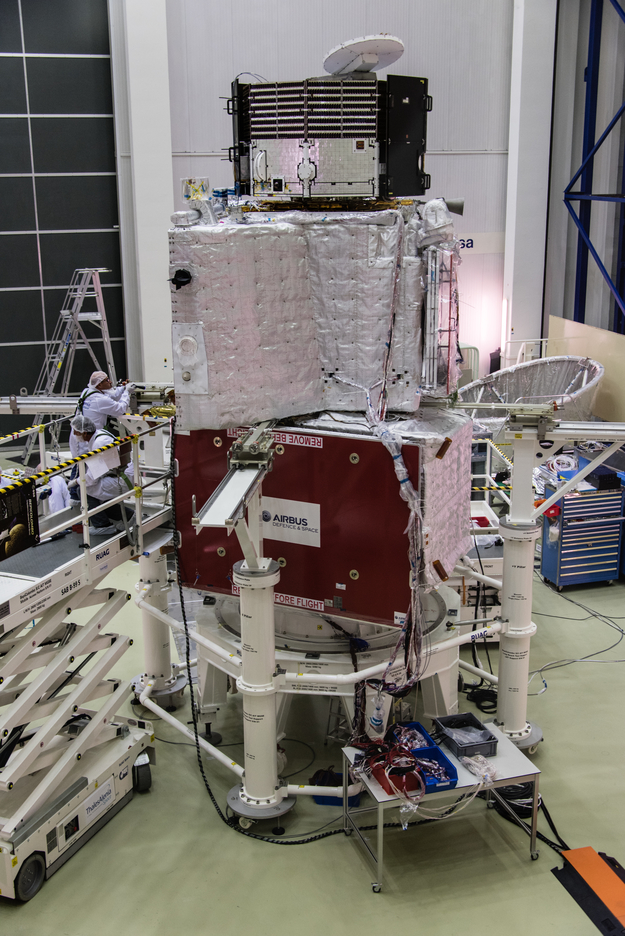 The BepiColombo stack seen on its vertical integration stand in ESA's test centre, in May 2017.

In the background, to the right, stands the Mercury Magnetospheric Orbiter's Sunshield and Interface Structure (MOSIF). MOSIF will shield the MMO from the Sun during the journey to Mercury and provide the mechanical and electrical interfaces between the MMO and the MPO.