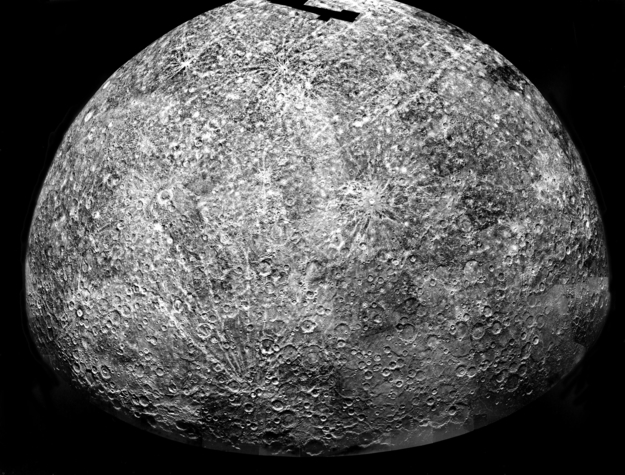 This is a photomosaic of images collected by Mariner 10, in March 1974, during the spacecraft's first of three Mercury flybys. It shows the southern hemisphere of our Solar System's innermost planet. Mariner 10 took more than 7000 images of Mercury, Venus, the Earth, and the Moon during its mission.
9-Mar-2021 10:22 UT