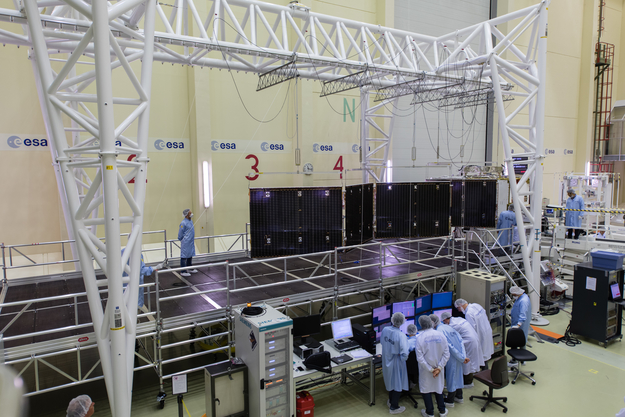 Testing the deployment mechanisms of one of the Mercury Transfer Module's 12 m long solar wings at ESA's technical centre in May 2017.

The wings will be folded against the spacecraft’s body inside the Ariane 5 launch vehicle and will only open once in space. Mechanisms lock each panel segment in place. They can be rotated with the solar array drive mechanism attached to the main body.

The module will use a combination of electric propulsion and multiple gravity assists at Earth, Venus and Mercury to carry BepiColombo's two scientific orbiters – the Mercury Planetary Orbiter and the Mercury Magnetospheric Orbiter – to the innermost planet in our Solar System.