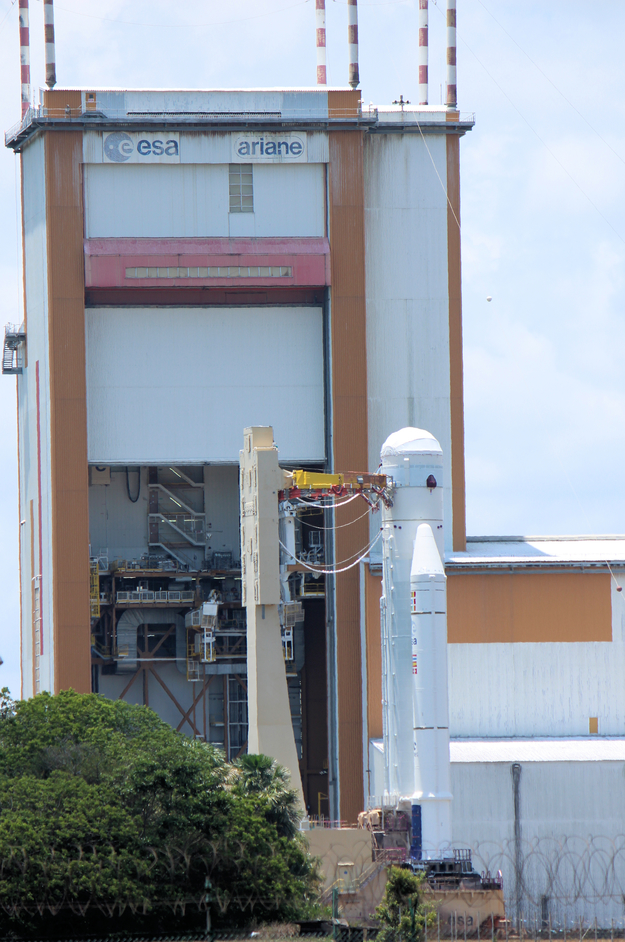 The image captures the arrival of the Ariane 5 launcher at the final assembly building after its transfer from the launcher integration building at Europe's Spaceport in Kourou.