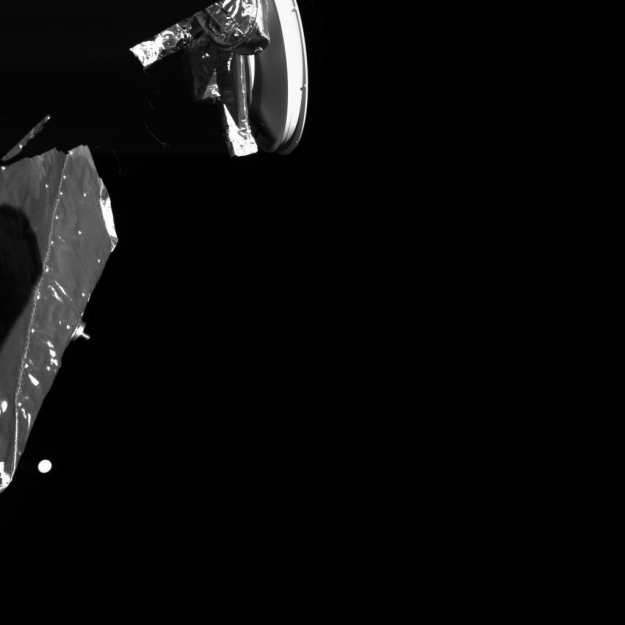 The joint European-Japanese BepiColombo mission captured its first glimpse of Venus on 14 October 2020 as the spacecraft approached the planet for a gravity assist manoeuvre a day later.

Venus appears towards the left, close to the spacecraft structure. The high-gain antenna of the Mercury Planetary Orbiter is also visible at the top of the view.