Saturn's C and B Rings From the Inside Out

Saturn's C and B Rings From the Inside Out 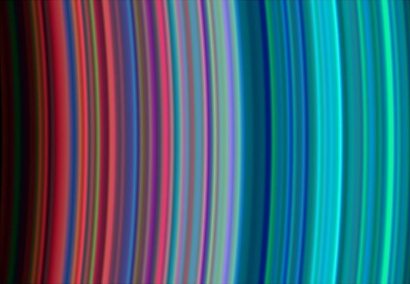 This image shows, from left to right, the outer portion of the C ring and inner portion of the B ring. The B ring begins a little more than halfway across the image. The general pattern is from "dirty" particles indicated by red to cleaner ice particles shown in turquoise in the outer parts of the rings.

The ring system begins from the inside out with the D, C, B and A rings followed by the F, G and E rings.