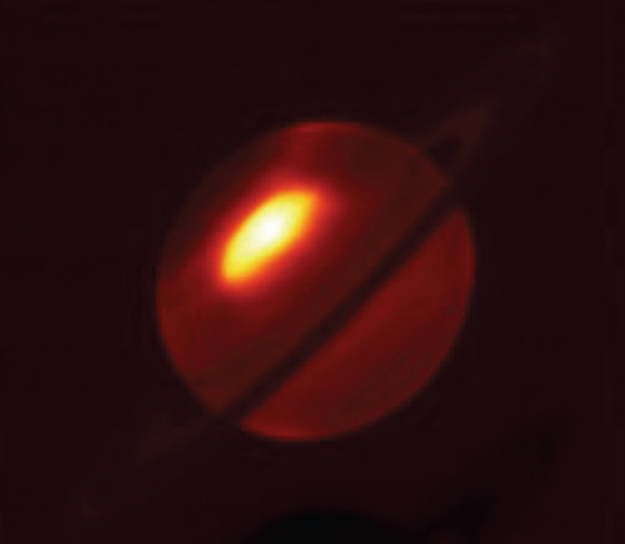 This image shows a giant anti-cyclone in Saturn's stratosphere on 20 July 2011, as seen at mid-infrared wavelengths with the VISIR instrument on ESO's Very Large Telescope (VLT).

The vortex formed from the merging of two pockets of warm air in the stratosphere. The two warm air masses, in turn, are an aftereffect of the 'Great Springtime Storm', a turbulent storm that affected Saturn's lower atmosphere from December 2010 until mid-2011.

At its biggest, in late June 2011, the vortex covered about 62 000 km - almost one quarter of the planet's circumference at the mid-northern latitudes affected by the storm. At the same time, the storm in the troposphere, only visible at optical wavelengths, had almost ceased.