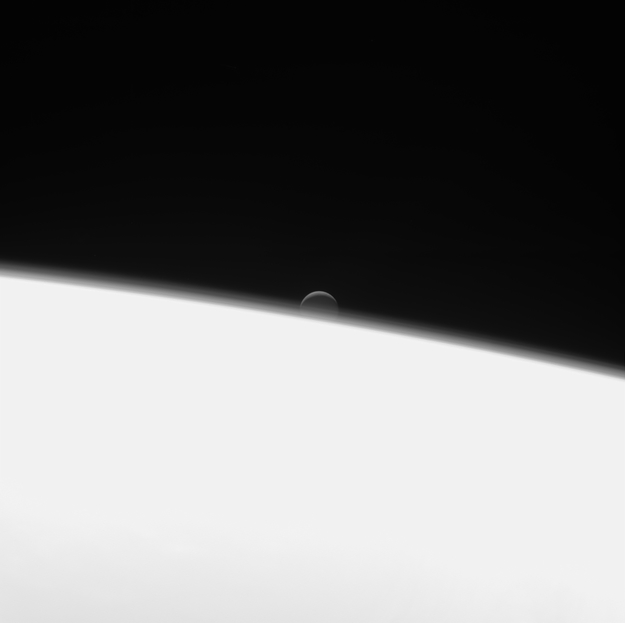 Saturn's active, ocean-bearing moon Enceladus sinks behind the giant planet in a farewell portrait from the international Cassini spacecraft.

The image was taken on 13 September 2017 and is among the last images Cassini sent back.