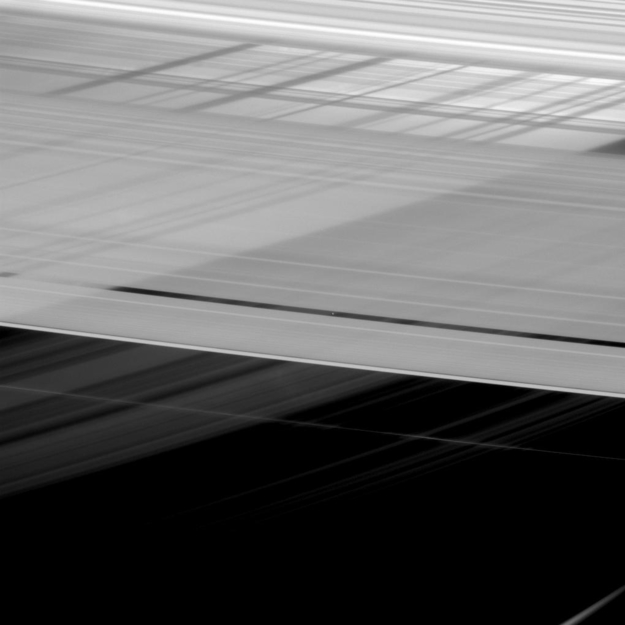 At first glance, Saturn's rings appear to be intersecting themselves in an impossible way. In actuality, this view from the international Cassini spacecraft shows the rings in front of the planet, upon which the shadow of the rings is cast. And because rings like the A ring and Cassini Division, which appear in the foreground, are not entirely opaque, the outline of Saturn and those ring shadows can be seen directly through the rings themselves.

This view looks toward the sunlit side of the rings from about 14° above the ring plane. The image was taken in visible light with Cassini's narrow-angle camera on 11 February 2016, and highlighted in a release published 25 April 2016. The view was acquired at a distance of 1.9 million km from Pan and at a Sun–Pan–spacecraft angle of 85°. Image scale is 10 km/pixel.