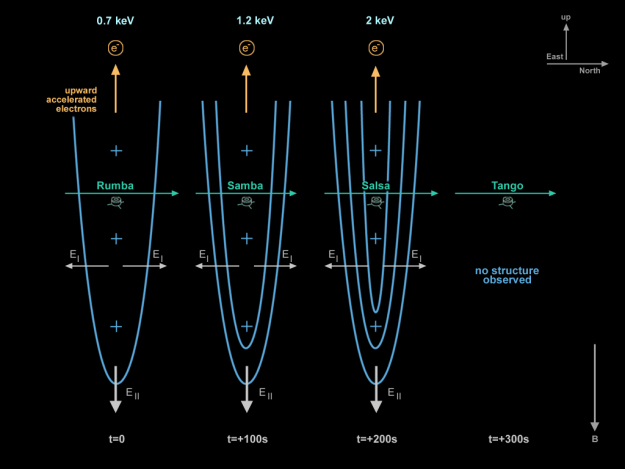 From an altitude of more than 21 600 km, the four Cluster spacecraft were able to study the conditions associated with the aurora far below.

In a matter of minutes the first three spacecraft (Rumba, Samba and Salsa) detected a threefold increase, from 700 to 2000 eV, in the energy of the upward electrons.

Shortly after when the fourth spacecraft (Tango) reached the same position the electric field had vanished.

Cluster quartet probes the secrets of the black aurora