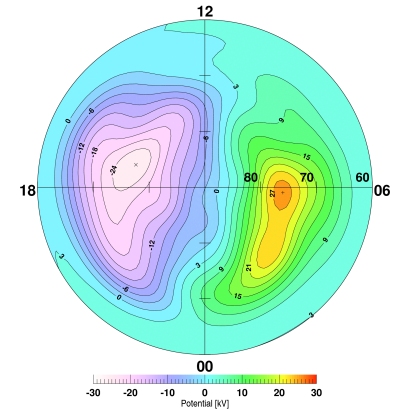 This potential map shows the plasma convection cells pattern in the Earth's ionosphere for southward directed interplanetary magnetic field (IMF). It is derived from a statistical study based on six years of Cluster EDI measurements.

For strongly southward IMF there is the familiar two-cell convection pattern.