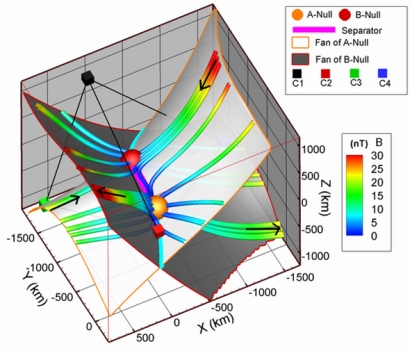 A magnetic null pair reconstructed from Cluster measurements at 09:48.25.637 UT on 1 October 2001. A type A-null and a type B-null are shown as orange and red balls, respectively, with the separator line represented by a bold pink curve connecting them.