Positions of Earth and Venus

Positions of Earth and Venus 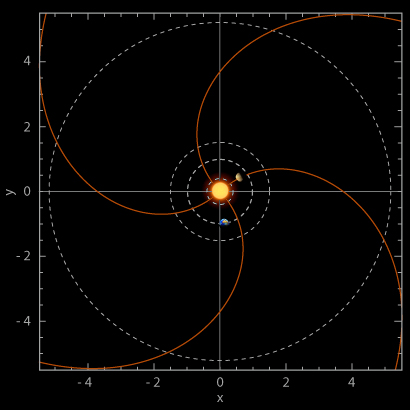 Positions of Venus and Earth in the ecliptic plane, on 27 June 2006; the distances are given in astronomical units. The dashed circles depict the orbits of Jupiter (outermost), Mars, Earth and Mercury (innermost). The red lines symbolise the propagation direction of the solar wind.
23-Sep-2021 15:08 UT