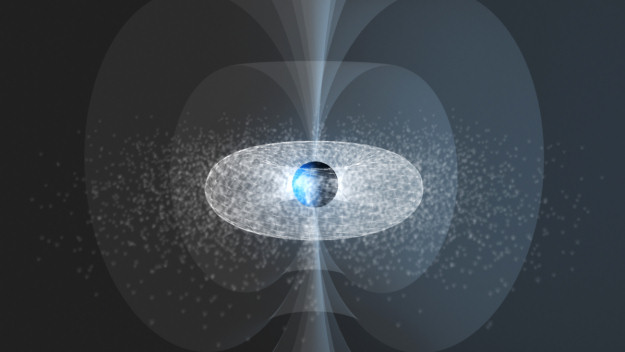 This illustration shows an artist's impression of the plasmasphere, the innermost part of our planet's magnetosphere. This doughnut-shaped region is centred around Earth's equator and rotates along with it.

The wind was predicted by theory in 1992, through an investigation of the interplay of forces in the plasmasphere. This study revealed a net imbalance between three players: the gravitational attraction due to Earth's mass, the centrifugal force caused by its rotation and the pressure exerted by the plasma. As a result of the imbalance, an instability develops, driving the plasma outwards. This instability is continuous rather than episodic, and takes the form of a wind of plasma. The wind is continuously flowing radially out of the doughnut-shaped plasmasphere and into the surrounding layers of the magnetosphere.