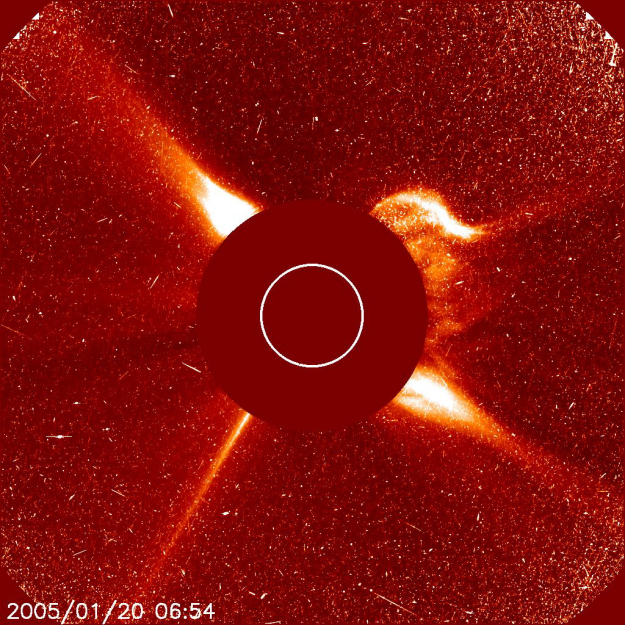 A coronal mass ejection (CME) detected by SOHO's LASCO C2 camera at 06:54 UT on 20 January 2005. The CME can be seen at the 2 o'clock position. Subsequent studies have shown that this was one of the fastest CME's during solar cycle 23, with a velocity that peaked at about 3000 km/s at a distance of between 3 and 50 solar radii, before slowing to 1000 km/s as it approached Earth. The typical speed of particles in the solar wind is 400-700 km/s.