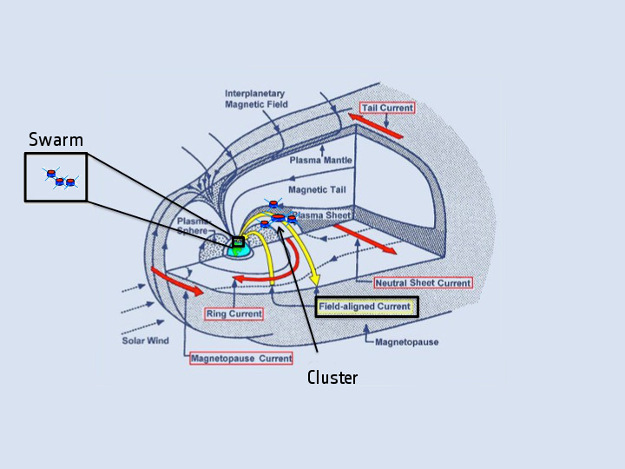 This schematic figure illustrates the location of the four Cluster and three Swarm satellites during a study carried out in April 2014.

During this study, the seven spacecraft joined forces to simultaneously measure the properties of Earth's magnetic field at two different altitudes.

A number of striking similarities in the behaviour and structure of the field-aligned currents detected at each altitude were found, despite their vastly different locations. Field-aligned currents (FACs) - indicated in yellow - flow along Earth's magnetic field lines, transferring energy from region to region.