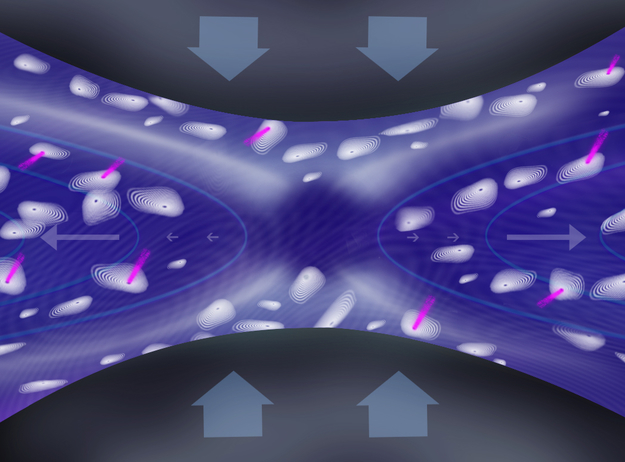 Simulation of Earth's foreshock during a solar storm