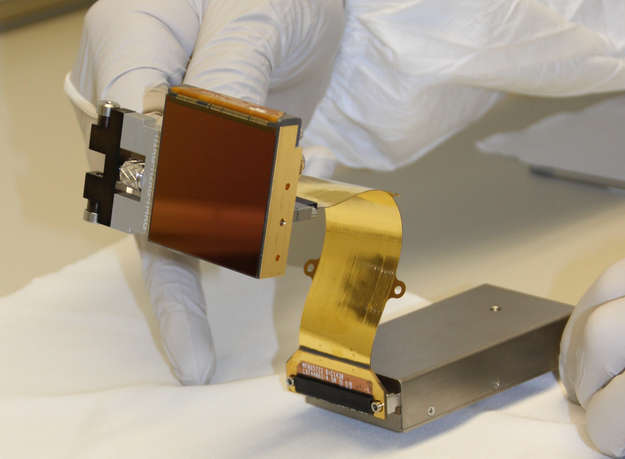 This picture shows one of the state-of-the-art detectors for Euclid's Near-Infrared Spectrometer and Photometer (NISP) instrument.

NISP is developed under the responsibility of the Euclid Consortium, with CNES (the French space agency) and LAM / CPPM (Laboratoire d'Astrophysique de Marseille and the Centre de Physique de Particules de Marseille) as the main contributors. Other institutes and industries across Europe – in France, Italy, Germany, Spain, Norway and Denmark – are also involved.

The NISP detectors were procured in the USA from Teledyne Imaging Sensors of Camarillo, California, the leader in the manufacture of near-infrared detectors used in astronomy.

The flight models were designed and procured by NASA's Jet Propulsion Laboratory. They were then tested in the detector lab at NASA's Goddard Space Flight Center before being delivered to LAM / CPPM in France.
View »
8-Feb-2023 19:24 UT