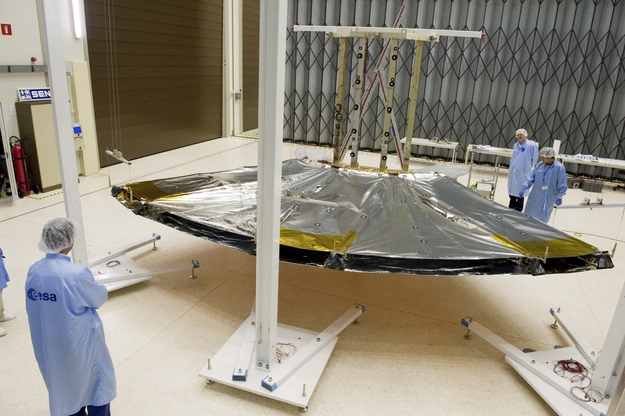 To simulate weightlessness, the three rectangular frames of the QM sunshield are each attached to an overhead pulley and a counterweight, supported by three masts standing next to the sunshield.