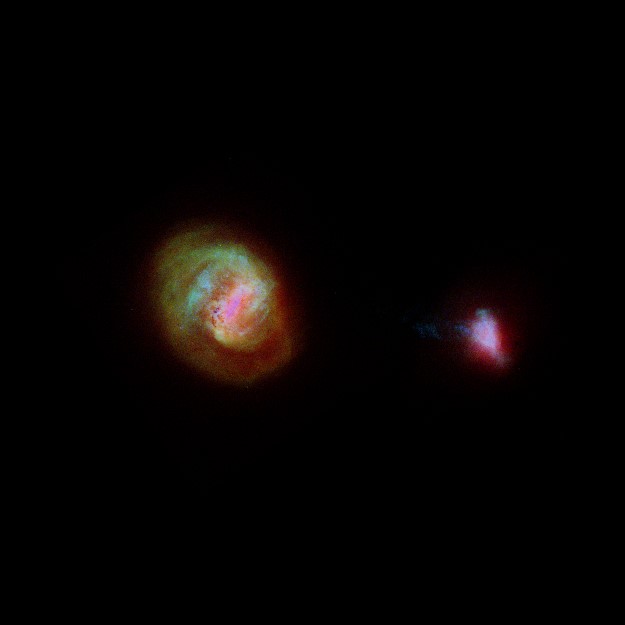 The Large and Small Magellanic Clouds (LMC and SMC, respectively) are two dwarf galaxies that orbit the Milky Way. This image shows the stellar density of the satellite galaxies as seen by Gaia in its Early Data Release 3, which was made public on 3 December 2020. It is composed of red, green and blue layers, which trace mostly the older, intermediate age, and younger stars respectively.

Astronomers place stars into categories that are often named for their colour and appearance.

The brightnesses used in this image are based on a logarithmic scale to enhance low surface density regions in the galaxies, for example the outer spiral arm in the LMC visible in the upper left.

The density of younger stars has been artificially enhanced with respect to the other evolutionary phases to make them more clearly visible. This shows that younger stars mostly trace the inner spiral structure of the LMC, and the 'bridge' of stars between the two galaxies. Finally, intermediate age and older stars trace the LMC bar, spiral arms, and outer halo, as well as the SMC outer halo.