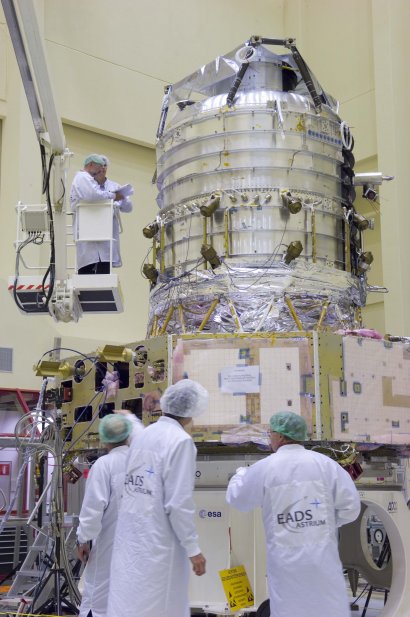 The Herschel Flight Model spacecraft, currently consisting of the service module and the cryostat vacuum vessel, is seen resting on its Vertical Support Stand (VSS) in the cleanroom at ESTEC.
View »
7-Feb-2023 18:54 UT