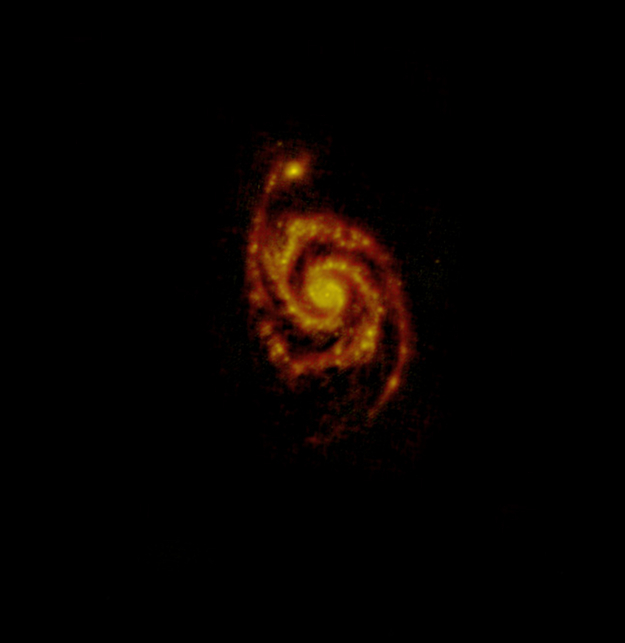 This image shows the Whirlpool Galaxy as seen at far-infrared wavelengths by ESA's Herschel Space Observatory.

The infrared light collected by Herschel reveals the glow of cosmic dust, which is a minor but crucial ingredient in the interstellar material in the galaxy's spiral arms. This mixture of gas and dust provides the raw material from which the Whirlpool Galaxy's future generations of stars will take shape.