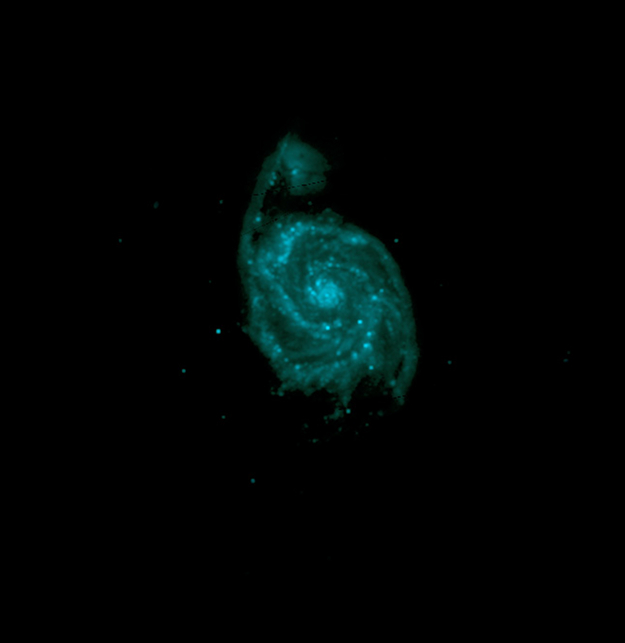 This image shows the Whirlpool Galaxy as seen at ultraviolet wavelengths with the Optical/UV Monitor Telescope on board ESA’s XMM-Newton X-ray Observatory.

Observing in visible and ultraviolet light, astronomers can see the current population of stars in the Whirlpool Galaxy, since stars in their prime shine most brightly at shorter wavelengths than infrared. This image portrays the galaxy's fiercest stellar inhabitants: young and massive stars pouring powerful winds and radiation into their surroundings.