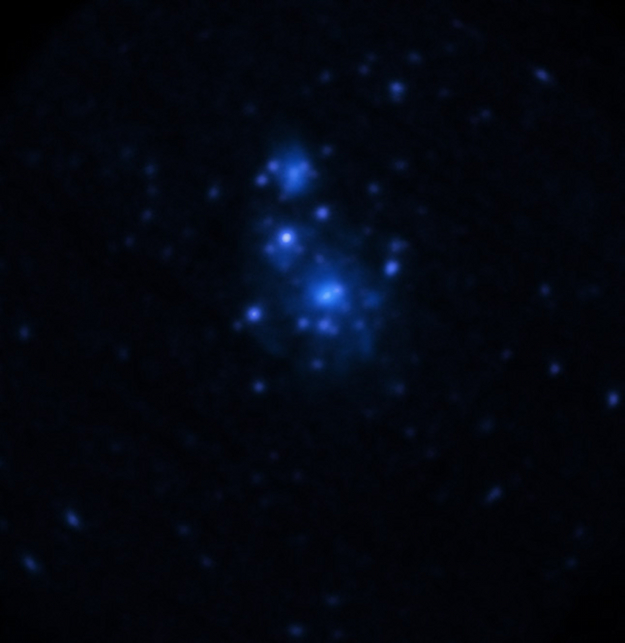 This image shows the Whirlpool Galaxy as seen at X-ray wavelengths by ESA's XMM-Newton X-ray Observatory.

It reveals the remains of previous stellar generations, which shine brightly in X-rays. They are either the sites where massive stars exploded as supernovae in the past several thousand years, or binary systems that host neutron stars or black holes, the compact objects left behind by supernovae.