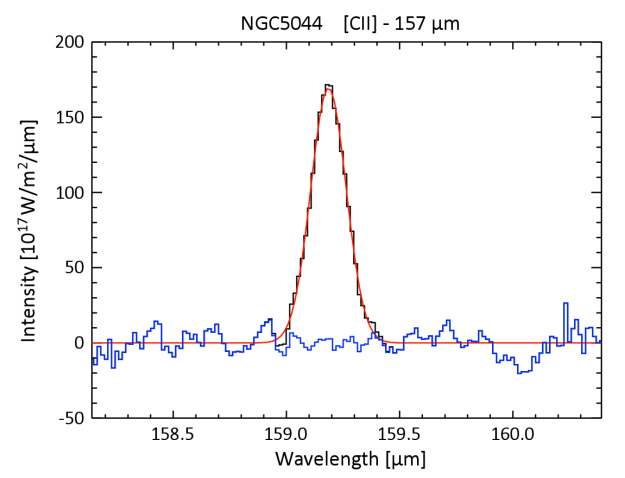 This graph shows a spectrum of the giant elliptical galaxy NGC 5044 taken with ESA's Herschel Space Observatory at far-infrared wavelengths.

The bright line at the centre is an emission line from ionised carbon at a rest wavelength of 157 microns. This reveals that the galaxy contains large amounts of cold gas.

In the case of NGC 5044, the activity of the black hole has likely put an end to its star formation, but has not yet succeeded in clearing it of all its cold gas.