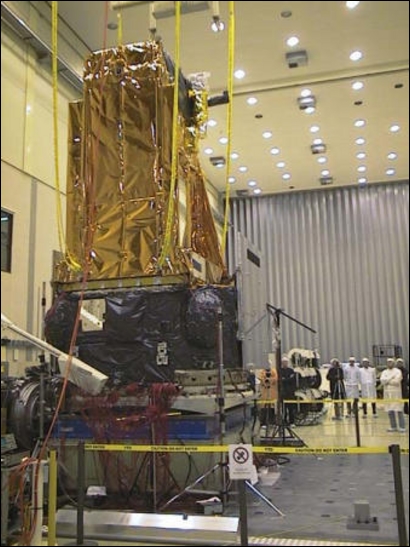 The INTEGRAL spacecraft was subjected to a series of vibration tests at the European Space Agency's testing centre at ESTEC in the Netherlands during September 2001
View »
30-Sep-2022 23:30 UT