Artist's impression of a gamma-ray burst

Artist's impression of a gamma-ray burst 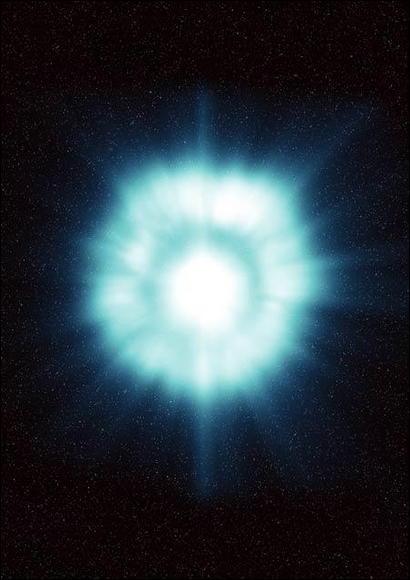 Gamma-ray bursts (GRBs) are the most powerful explosions in the Universe. There are two theories about what causes them. Most GRBs are thought to come when giant stars in the early Universe burn up their supply of fuel and the centre of the star collapses into a black hole. As the rest of the star falls into the black hole, a tremendous burst of gamma rays is released into the Universe. The other theory is that two neutron stars collide, creating a black hole, and releasing a powerful blast of gamma rays. No one can predict where the next gamma-ray burst will come from, but one or two will erupt every day in the sky. They typically last only a few tens of seconds. Scientists expect about one GRB per month to appear in the direction that the spacecraft happens to be looking. These observations will help solve the mystery and study the precise mechanism by which individual gamma-ray bursts are created.
View »
10-Aug-2022 02:49 UT