Imager on Board the Integral Satellite (IBIS) - Gamma-Ray Burst

Imager on Board the Integral Satellite (IBIS) - Gamma-Ray Burst 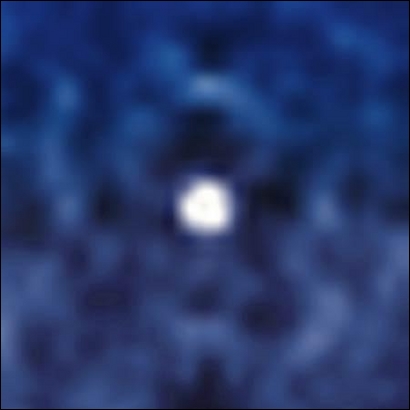 Only a few days after it was launched, Integral captured an unprecedented result. It took the first image ever of a gamma-ray burst (GRB) using such a powerful gamma-ray camera. Previously, gamma-ray instruments could not make images of these powerful but transitory events. The explosion of GRB 021125 in the distant Universe was imaged on 25 November 2002 using the imager (IBIS) and the spectrometer (SPI) on-board Integral. Astronomers think that GRB 021125 was created by an exploding star located about 5 thousand million light years from Earth. Scientists expect about one GRB every month to appear in the direction that the spacecraft is looking. Other GRBs can be registered by Integral, even if the satellite is not pointing exactly at them. Integral has already detected an additional 23 GRBs using part of the SPI instrument called the anticoincidence subsystem. For more images and information (in French), click here.
View »
5-Oct-2022 22:48 UT