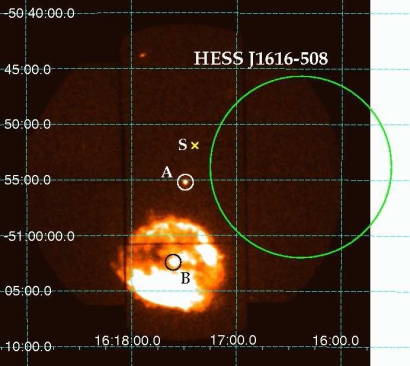 XMM-Newton MOS image of the region surrounding the bright TeV source HESS J1616-508, indicated with the 16'-diameter green circle, in the energy range 0.5-10 keV. The object has no corresponding counterpart visible at these X-ray energies.

The small source close to the HESS J1616-508 TeV source, labelled as S, is the star HD 146184. Coordinates are in Right Ascension and declination.