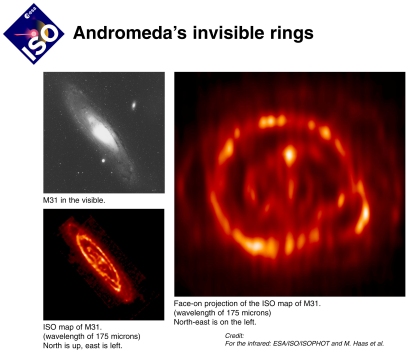 The Andromeda galaxy, one of the closest and best-known companions of our own galaxy, has been hiding from the astronomers' eyes one of its secrets: although it has always been considered as a typical spiral galaxy, it has now been shown to be a spectacular ringed galaxy.
View »
2-Feb-2023 11:42 UT