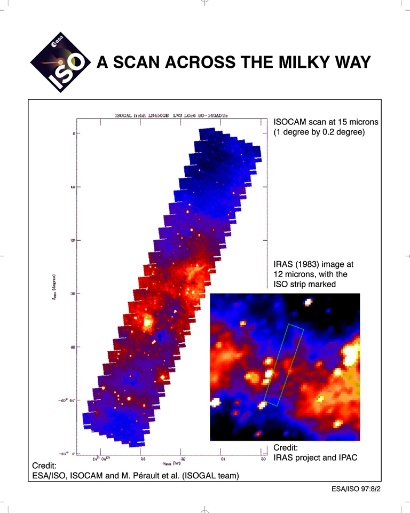 The bloodstream of the Galaxy, the interstellar material that rejuvenates it in a cycle of stellar death and rebirth, appears in an image generated by the camera ISOCAM in ESA's Infrared Space Observatory ISO. It scanned a strip at right angles to the line of the Milky Way in the constellation Centaurus. The Milky Way is lit by millions of distant stars congregating the disk of the Galaxy, but dark dust clouds often hamper the view by visible light. The dust was created from chemical elements released by other stars that have now expired, and processed during a long existence in interstellar space.
15-Jun-2021 21:35 UT