Ancient channel of the Nile, revealed by radar

Ancient channel of the Nile, revealed by radar 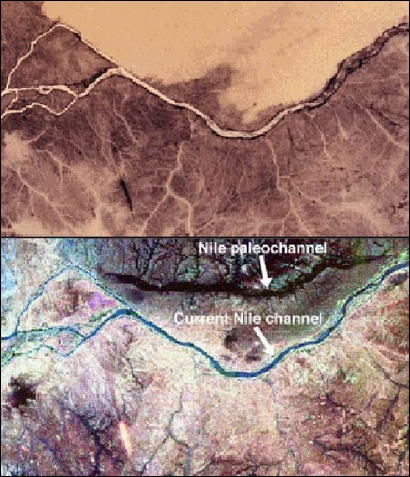 The bottom image, taken with a synthetic aperture radar (SAR) from the Space Shuttle, shows the ancient channel of the Nile which is hidden under sand in the top image taken with a conventional camera. The MEEM proposal, discussed at the EGS, would use SAR to reveal structure hidden under Martian sand. (source: JPL/NASA).
View »
24-Jan-2022 16:19 UT

Mars at the EGS: new techniques for an old planet