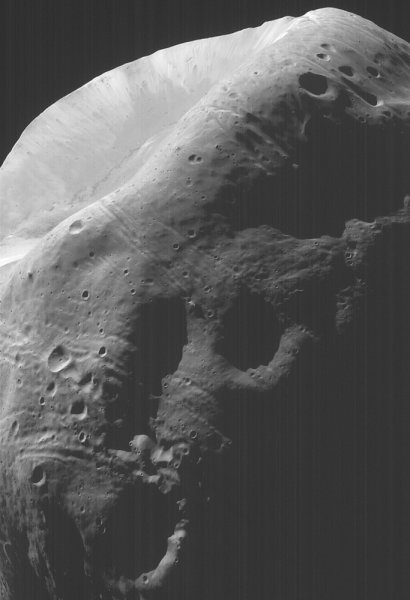 This image of Phobos was taken with the Mars Orbiter camera on the Mars Global Surveyor (MGS) on August 19, 1998, 10 AM PDT. The MGS spacecraft was approximately 1080 km from Phobos at closest approach. This image, about 8.2 km wide by 12 km tall, shows the full field-of-view of the Mars Orbiter Camera (MOC) as spacecraft motion swept across the satellite. The image as shown here has a scale of 12 m per picture element.
19-Oct-2021 22:14 UT