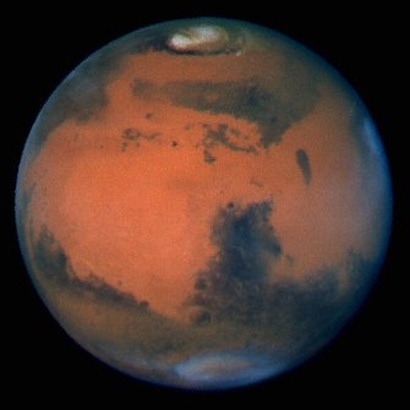 The sharpest view of Mars ever taken from Earth to date was obtained by the recently refurbished NASA/ESA Hubble Space Telescope (HST). This stunning portrait was taken with the HST Wide Field Planetary Camera-2 (WFPC2) on 10 March 1997, just before Mars opposition, when the red planet made one of its closest passes to the Earth (about 60 million miles or 100 million km).