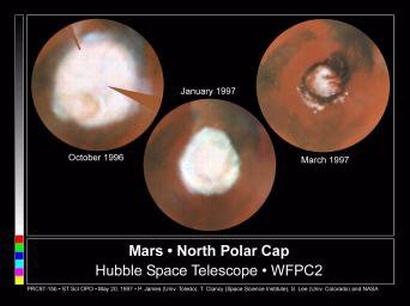 These images, which seem to have been taken while NASA/ESA's Hubble Space Telescope (HST) was looking directly down on the Martian North Pole, were actually created by assembling mosaics of three sets of images, taken by HST in October 1996, January and March 1997, and projecting them to appear as they would if seen from above the pole.