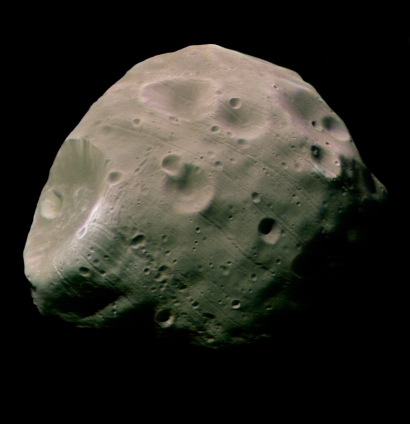 This image, taken by the High Resolution Stereo Camera (HRSC) on board ESA's Mars Express spacecraft, is one of the highest-resolution pictures so far of the Martian moon Phobos. The colour image was calculated from the three colour channels and the nadir channel on the HRSC.

The image shows the Mars-facing side of the moon, taken from a distance of less than 200 kilometres with a resolution of about seven metres per pixel during orbit 756, on 22 August 2004.