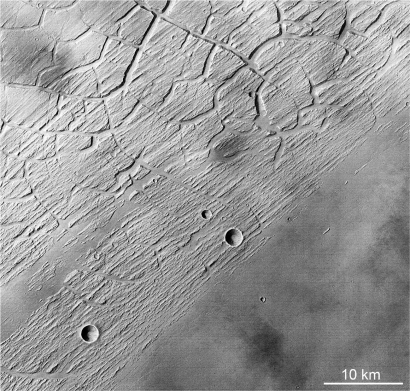 It shows a detail of Kasei Valles, one of the largest outflow channels on Mars, and contains a lot of evidence for glacial and fluvial activity over much of the planet's history. Kasei Valles has been imaged before by the HRSC during orbit 61 from an altitude of 272 kilometres. This image is located at about 29° North and 300° East.

The scour marks in the valley, shown in this image, are most likely due to glacial erosion rather than water erosion. This is contrary to what was previously thought.