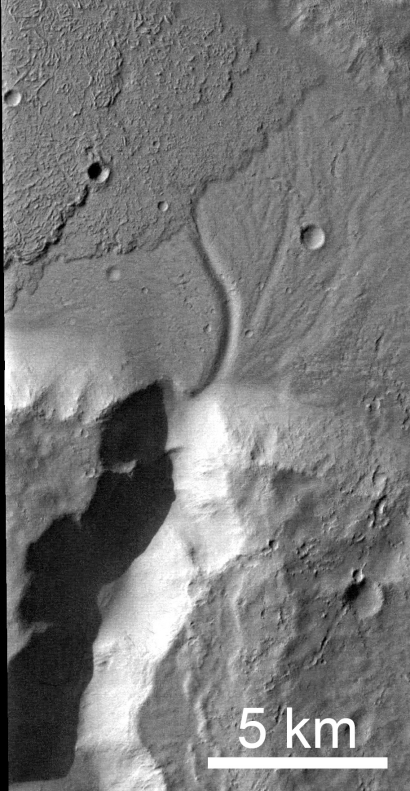 This image, taken by the High Resolution Stereo Camera (HRSC) on board ESA's Mars Express spacecraft, shows a detail of the Medusa Fossae formation. This is the mouth of Abus Vallis, a channel of the same type as in the image "Medusa Fossae - detail 1". Here the walls are too steep or the valley too narrow to look down to the bottom of the channel due to insolation and shading of the image, but the remains of the last stage of water activity can be traced as a small channel at the floor of the lowland plain. Additionally the emplacement of pyroclastic flows is visible in this detail. It shows that the action of water erosion ended before the emplacement of the pyroclastic flow.

The HRSC obtained this image during orbit 917 with a resolution of approximately 13 metres per pixel. It shows an area located at about 5° South and 213° East.