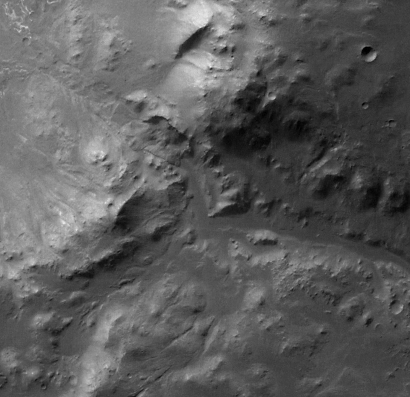 This is a close-up of the image taken by Mars Express on 14 June 2004. North is to the left. Uzboi Vallis enters Crater Holden from the south-west.

Two distinct phases of its development can be seen. In the first phase, a valley was formed up to 20 kilometres wide. Later, a smaller channel was cut into the valley floor. The end of the small channel has been blocked by a landslide from the crater rim.