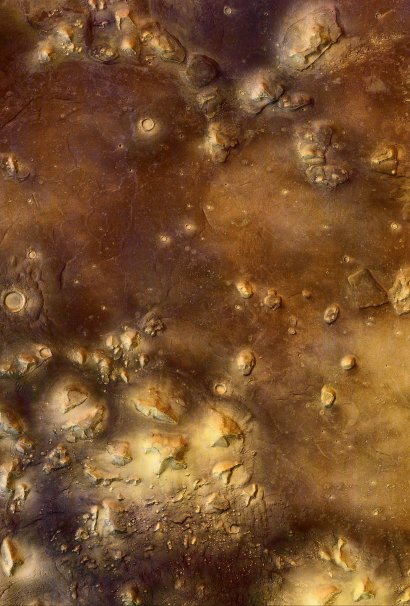 An overhead view of the Cydonia region, obtained with the HRSC instrument on board Mars Express. North is up. The massif that is popularly known as the face on Mars lies just right of the center of the image.

The image has a ground resolution of approximately 13.7 metres per pixel. Cydonia lies at approximately 350.54° East and 40.75° North.