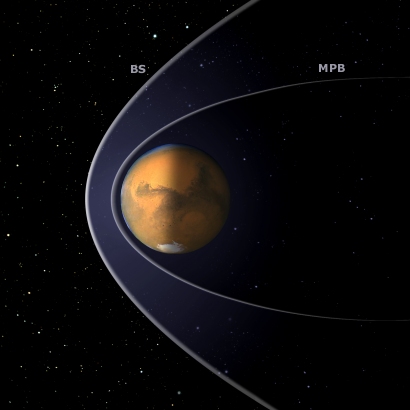 The interaction results in the formation of two clear boundaries: the bow shock (BS) and the magnetic pile-up boundary (MPB). At the bow shock the solar wind is decelerated from supersonic to subsonic speed as its flow is obstructed by Mars. Closer to the planet's surface is the MPB, which is the top of the induced magnetic field. The induced field originates from the magnetic field that is carried by the solar wind which gets compressed at Mars and is draped around the planet.