Crossing of the Mars Express and Phobos orbits

Crossing of the Mars Express and Phobos orbits 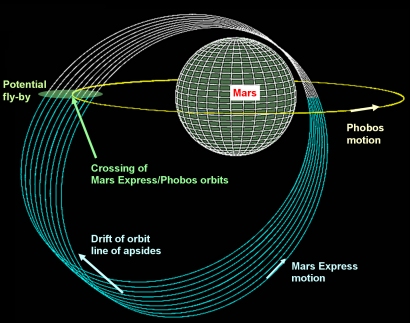 This diagram shows the orbits of Phobos and Mars Express around Mars, with the point where the orbits cross indicated at top left.

The orbit of Phobos lies virtually in Mars' equatorial plane and is indicated in yellow.

Mars Express to make closest ever approach to Phobos